The last thing you want on your driving abstract is a stunt driving conviction. Not only is it extremely dangerous, but this serious offence can carry fines up to 10,000 dollars, licence suspensions, and possible jail time.

In an attempt to crack down on dangerous behaviour on the road, the Highway Traffic Act (HTA) has introduced new penalties and lower thresholds for these charges. They will affect anyone caught with stunt driving in Ontario. These penalties came into effect at the end of November and are a continuation of the regulations introduced in July and September.

If you are charged with stunt driving, you will be subject to an immediate 30-day roadside licence suspension and 14-day vehicle impoundment. Once convicted, you will lose 6 demerit points, face a fine of $2,000 to $10,000 dollars, and receive potential jail time, as well as lose your licence for a minimum of one year. 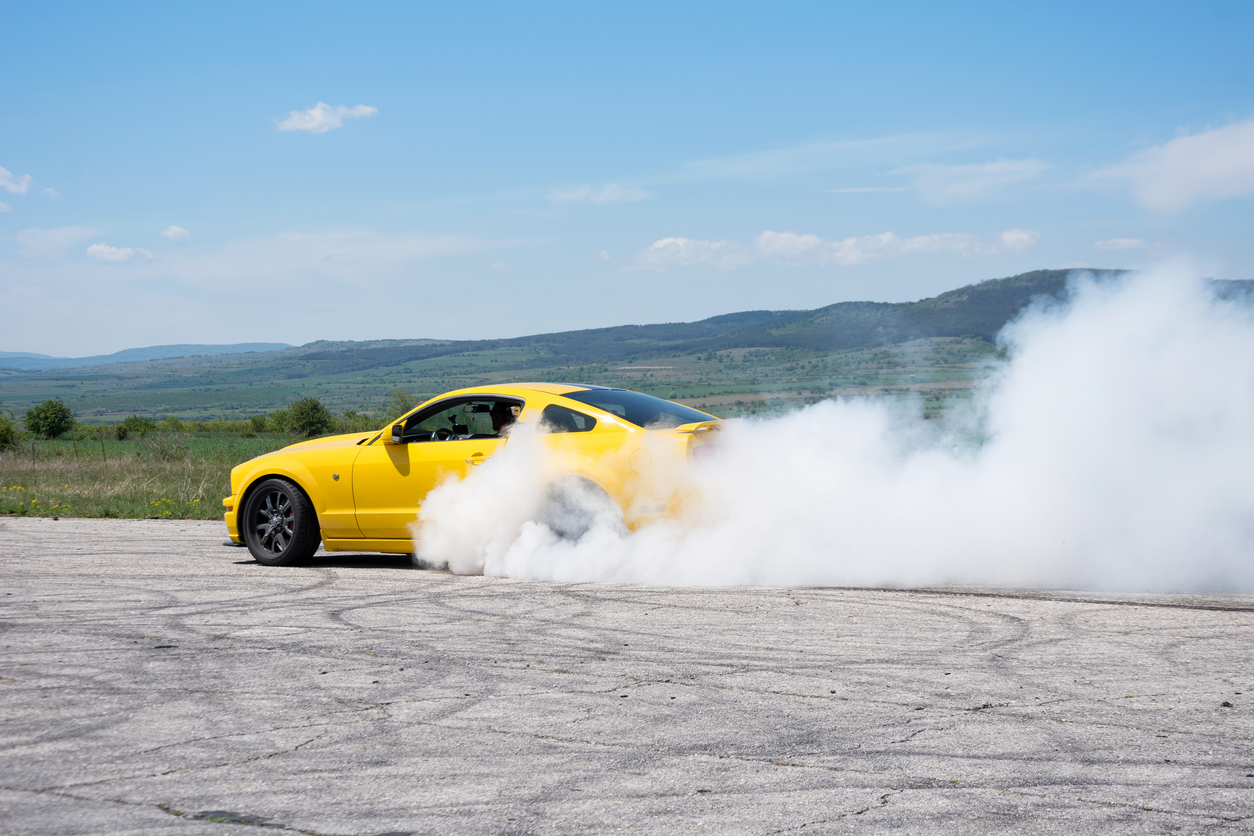 Other driving behaviours which could land you with a conviction include:

Stunt Driving and Your Insurance Rates

There is a direct correlation between your driving record and how much you pay for insurance. Minor moving violations won’t tend to lead to a major spike in your insurance rates, but a serious violation like stunt driving will. Some insurance companies might even drop you as a client if you are convicted.

A stunt driving charge will only appear on your driving abstract after the court date in which you have been charged. Then, it will stay on your record for a duration of three years. That means that, even if you get the lowest licence suspension of one year, you still might not be able to drive for three years if you can’t find a broker to insure you.

Practising defensive driving is one of the best ways to keep your insurance rates low. If you have any questions about how driving offences can impact your car insurance rates, get in touch with our team today.

Jeffery & Spence
Jeffery & Spence is a full-service insurance brokerage with an expert team that offers personal and reliable service. For nearly a century, we have provided Ontarians with protection and peace of mind by offering superior personal and business insurance policies. We are focused on you, your lifestyle, and your unique needs.
Recent Posts

This site uses Akismet to reduce spam. Learn how your comment data is processed.

We provide personal and professional insurance services in the following areas: 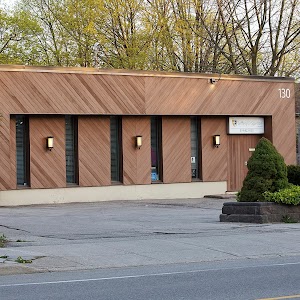 Ryan Vielma
21:03 15 Feb 19
The Jeffery & Spence team are true professionals who are dedicated to making sure you have an awesome experience. Working with their team has been great and I would highly recommend them to anyone! 10/10 - keep up the great work Jeffery & Spence.

Ashlean Richardson
17:50 27 Nov 18
My family and I have been insured through Jeffery and Spence for 14 years, and we will all always be loyal clients to this wonderful brokerage.

Arslan Khalid
20:26 14 Dec 18
Subpar experience with astronomically high premiums and a total lack of communication. Highly disappointing where we were compelled to switch after 5+ years to an AllState brokerage.

Jason Shaw
20:38 02 Jan 18
Have been with them for ages and wouldn't hesitate to recommend them to anyone. I have also gladly referred friends to them and they have taken good care of them as well!

Andra Arnold
17:19 18 Apr 19
unbelievable service, literally saved a client of mine from a major catastrophe, highly recommend. Kyla was amazing

Brock Parker
16:03 27 Jun 19
Awesome service, friendly advice and get what you need fast. Been a customer for over 10 years now.

Brock Parker
16:03 27 Jun 19
Awesome service, friendly advice and get what you need fast. Been a customer for over 10 years now.

Chloe McKnight
22:42 22 Jul 19
Ashlean made shopping for insurance so easy and stress free! From start to finish she was courteous and professional, listened to our needs and communicated with us every step of the way, all while finding us the best rates

Corey Pavao
13:59 23 Oct 19
The Jeffery & Spence team is wonderful. They have insured my assets for over 4 years. When I switched over from my old provider they made it easy. They were honest and reliable. I started simply with a call out for car insurance. They were able to take a look at 5+ companies and make sure I had the proper coverage and at a great price. (They beat my old provider by $300). Slowly and surely as other asset insurance policies were coming to an end (home, business, additional vehicles) it only made sense to call over and get a quote. Additionally there is customer service like no other. I call in frequently for updates and questions and whether it’s the front desk or managers I have never felt like I was asking a stupid question. Jeffery & Spence is awesome and you owe it to yourself to just give them a call....even if your not from Guelph!

Jaymee Indoe
18:55 21 Nov 19
So over the moon happy with these guys. Specifically Dave. I was a first timer today, extremely nervous about taking another step toward “audulting” by getting my own auto insurance. And when I say nervous, I mean NERVOUS. Dave was MORE than helpful. His personality put me at ease, and the way he explained things made me go from feeling anxious to comfortable. Dave did more than help me get my own insurance. Dave made me feel like it was just a normal conversation between people. Where as other conversations have gone with other companies, I felt like a stupid kid in their 20s that didn’t know what they were doing. It’s comforting to know that now, in the future, when I need home insurance, etc. I know who to call. Thanks a million Dave.

Heather Smart
16:41 01 Dec 19
Ashlean is so great to work with and she makes insurance easily accessible. I love all of the work they do in the community too. Check them out!!!

Jennifer A-M
04:25 04 Dec 19
Awesome service! Jeffrey helped me find a solution for my insurance ASAP after I had such a poor experience with my previous insurer.

Simon McGhee
16:38 21 Jan 20
Met with Dave Jutzi and he was an absolute pleasure to work with! He created a plan to MY needs and MY budget! No pressure on me whatsoever and he really looked out for my best interest. If you're looking for extremely affordable auto and home insurance, DEFINITELY go see Dave!

Kevin Wilkins
13:40 14 Apr 20
My only regret was not calling them sooner. Ashlean Richardson went above and beyond for my company. I felt like they took me and my time very seriously and I appreciated that. Would highly recommend to my friends and family.

Haily Rice
16:09 29 May 20
Ashlean was great to work with she was very helpful and prompt with all her responses; she was able to make a stressful situation go by very smoothly

Mario Bonifacio
13:18 19 Jul 21
Been with Jeffery & Spence nearly 50 years and they have looked after all my insurance needs in a very professional manner. Hope to be with them another 50 years but at 83 y.o. that's not likely to happen.

Debbie Bianchi
12:26 21 Aug 21
Excellent company to work with! Geoff is professional, patient, and responded immediately to my needs.

Luis Ribeiro
20:43 08 Oct 20
I wish I had found this broker earlier than I did. They make dealing with insurance such an easy and seamless experience. We are fortunate to work with Geoff; after every interaction with him, we always talk about how lucky we are to have him take care of our insurance needs. 5 stars all the way!

Moody Al-BadRawi
15:18 25 May 21
I was told it would take 1 - 2 weeks to get a quote for insurance, it has been since April 29th now its May 25th and nothing has happened. I would never recommend this company to anyone, very unprofessional.
See All Reviews 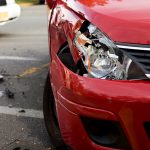